Bacteria developing resistance to antibiotics is hardly news, but when it’s a common sexually transmitted infection (STI) like gonorrhoea and the level of resistance means that some cases have been impossible to treat using available antibiotics, that’s alarming!

Earlier this month a World Health Organization news release confirmed that some wealthy countries with good disease reporting systems are seeing gonorrhoea cases that don’t respond to any known antibiotics. And there are very real fears that the global situation is much worse when you consider the under-reporting that takes place in less developed countries due to the lack of proper diagnostic techniques1

Gonorrhoea - what we know

It is caused by a bacterium from the genus Neisseria - N. gonorrhoeae, or gonococcus (plural gonococci). Another pathogenic, or disease-causing, bacterium from the same genus is N. meningitidis (meningococcus), the cause of meningococcal meningitis. One major difference between the two species of bacteria is that meningococcal bacteria can be found as part of the normal flora in the throats of 10-20% of the population, whereas the gonococcus is only acquired through sexual activity (all types including oral) or by a baby during a vaginal birth2.

• Each year there are approximately 78 million new gonorrhoea infections1.
• After chlamydia, it’s the 2nd most common STI.
• It’s a very old disease indeed, first noted in the 2nd century by the Greek physician Galen3.
• Syphilis and gonorrhea were thought to be one and the same disease until the 15th century.
• A German doctor, Albert Neisser first identified and then named the gonococcus in 18794.
• AKA the clap - one explanation for this slang term is that it’s derived from the French name for brothels – les clapiers.
• A single contact with gonococci can produce infection in 60-90% of women & 20-50% of men5.
• The incubation period ranges from 1 to 14 days, but can be longer in men6.
• Males are more likely to experience symptoms, but asymptomatic infections can occur.
• Up to 50% of women with uncomplicated disease have no symptoms.
• Symptoms in men include a yellowish, purulent discharge from the urethra and painful, burning urination.
• Symptoms in women can appear as a vaginal discharge, lower abdo pain or painful urination.
• Women suffer more complications (pelvic inflammatory disease, ectopic pregnancy & infertility)2.
• Complications suffered by men can include inflammation of the prostate or testes and urethral strictures and fistula formation.
• Infection can be localised to the urethra, cervix, rectum, eye & throat (most [90%] throat infections are asymptomatic)3.
• If the infection spreads to other parts of the body, it can cause dermatitis-arthritis syndrome, septic arthritis, endocarditis and meningitis
• Previous infection doesn’t provide immunity, so it ‘can be re-acquired with no apparent reduction in severity or duration of disease.’7
• And lastly, gonorrhoea infection (or any STI in fact) can increase the risk of HIV transmission8.

Remedy worse than the disease?

Treatment over the years has involved dried Indonesian pepper fruit and sap from a South American tree; later it entailed the use of injected or fumigated mercury compounds and diversionary activities such as bowls & archery as alternatives to ‘moral carelessness'9.

In the 1920s and 30s, the discovery of the anti-bacterials, penicillin and sulphur compounds, meant that, finally, effective treatments were available to cure the age-old scourge, but even as early as 1946 resistant strains of the gonococcus were identified10.

Fast-forward to 2009 and the first sign of the extent of the unfolding super-bug gonococcus crisis occurred in Japan when a prostitute who tested positive to the bacteria failed to respond to the last-line antibiotic treatment, a cephalosporin, injectable ceftriaxone3.

Three new treatment drugs are in development1, but progress towards an effective vaccine has been slow. Some good news arrived earlier this month when NZ researchers released their findings on the lower rates of gonorrhoea among people who had received a vaccine against a particular strain of meningococcus compared to the general community11, suggesting some cross-protection. More study is needed however, but with a high degree of genetic match between the 2 species of Neisseria bacteria, there is some optimism.

So… it’s about prevention

The WHO set up the Gonococcal Antimicrobial Surveillance Programme (GASP), a network of surveillance laboratories to monitor disease resistance and collate data, but it is also promoting education on safer sexual practices, including correct condom use. As noted in the July 7 news release: ‘Today, lack of public awareness, lack of training of health workers, and stigma around sexually transmitted infections remain barriers to greater and more effective use of these interventions.’1

If it’s not on, it’s not on: A catchy phrase and good advice, but if you believe it’s just for the young, think again…

With today’s seniors more fit and socially active than in the past, it’s hardly unusual that sex would continue to play an important part in many of their lives. (Add to that the availability of erectile dysfunction drugs, online dating sites and no fear of pregnancy!)

Rates of STIs in the over-50s have risen over the past few years in the UKand the USA so it would follow that it’s happening here too. In 2016, we recorded 23,888 gonococcal infections countrywide and nearly 1,700 of those were in the 50+ years age group (& 13 in the over 80s)12. Bear in mind too that seniors are less likely to be undergoing regular STI testing so it’s possible there could be even more. 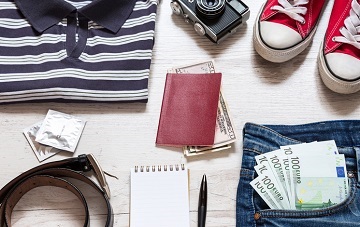