High on the list of up-and-coming tourist destinations for Australian travellers is the Lao People's Democratic Republic, or Laos. Now, it’s the varied and spectacular landscape and historic architecture that draw the tourists - the region is very popular with Europeans who tend to visit during their peak summer months. But not that long ago, Vang Vieng in the country’s north was popular with backpackers in search of a party. The picturesque town became (in)famous for the tragic deaths of young men and women who had taken to ‘zip-lining’ and ‘tubing’ down the Nam Song river while extremely inebriated.

Laos is land-locked, sandwiched between Myanmar to the west, Thailand to the south-west, Cambodia to the south, China to the north and Vietnam to the west. Over two-thirds of the terrain is mountainous, crossed by the mighty Mekong River which produces spectacular waterfalls and rapids, especially during the May to October tropical monsoon season (annual rainfall ranges from 1,360mm in Luang Prabang to 3,700mm in the Bolaven Plateau). The chief arable regions, with rice as the main crop, are in the south-central plains of Savannakhét and Champasak provinces. Adjacent to the Cambodian border is Si Phan Don, an archipelago of 4,000 islands that sits in a 10km-wide stretch of the Mekong River – 3 of the islands are popular with tourists: Don Khet, Don Khon and Don Khong.

In an early kingdom established in what is now the province of Champasak, a temple complex was constructed which formed part of the ancient Khmer cultural landscape. This is Wat Phu and, like the structures near Siem Reap in Cambodia, it is made of sandstone that has been ornately carved to honour the deities and the rulers of the time. Both Hinduism and Buddhism have been followed at different times over the centuries. Now, around half of the Laotian population are Theravada Buddhists and the overwhelming majority of the remainder adhere to various Lao folk religions.

You can still find influences from the time when Laos formed part of the French Colonial Empire from the late 1800s until it gained self-rule in 1953. Baguettes and French restaurants are common in the capital Vientiane, but it’s the famous Laotian cuisine that is a big drawcard, featuring such delicacies as Khao Niaw (sticky rice), Sai Oua (Lao sausage) and Larb.

General health concerns are similar to those in other developing countries in the region.

There are no REQUIRED (mandatory) vaccinations: Yellow fever is NOT a requirement, unless you arrive from an endemic country of Africa or South America.
Updating your childhood vaccinations is considered ROUTINE before any overseas trip. Check with your GP and, if necessary update measles-mumps-rubella (MMR) , diphtheria-tetanus-pertussis, chickenpox, and polio. Also ensure you are protected against seasonal influenza, the most common vaccine-preventable illness among international travellers.
Heading the list of RECOMMENDED vaccinations is Hepatitis A, considered a moderate risk for all travellers, regardless of the length of stay or type of accommodation. Hepatitis B is especially relevant for young singles, frequent flyers, and those heading ‘off the beaten track’ where medical facilities are scant. There’s a moderate risk of typhoid in Laos and vaccination is recommended for even short stays, especially if planning to visit towns or villages. Cholera is not generally a risk in Laos. (Read about Rabies and Japanese encephalitis below).

Laos’ annual malaria data for 2014 showed that there had been 38,131 cases with 28 deaths. The capital Vientiane is the only area considered to be malaria-free and the mosquito-borne disease remains a SIGNIFICANT RISKin other areas of the country. America’s CDC ranks the overall malaria risk as ‘very low’ for travellers but warns that 65% of cases are the potentially fatal P. falciparum strain. (Adding a more dangerous dimension to the malaria risk is the multi-drug resistance that is now widespread along parts of the north-east and south-east borders.)
Malaria medication: For Australians, the most commonly prescribed and effective anti-malaria chemoprophylaxis (started before potential exposure to prevent malaria and continued during your stay in the malarial area and for a period of time after leaving it) includes Doxycycline or Malarone. Ask your doctor which of these is most appropriate for you.
Whether or not you take medication to prevent malaria or treat it is a decision you should make after discussing your travel itinerary with a doctor, ideally one experienced in travel medicine. Your doctor will determine whether taking prevention medication or carrying a drug to treat malaria at the first sign of infection would be best for you, based on your itinerary, length of stay, and level of exposure.
Other reasons to pack repellent
Dengue fever infection is even more common than malaria in Laos, while its ‘cousins’, chikungunya and the Zika virus can occur there, too. All are spread by two species of day-time feeding mosquitoes, Aedes aegypti and Aedes albopictus. Unlike the mainly rural-dwelling mosquitoes that spread malaria, the Aedes mozzies are equally at home in the biggest cities or the smallest villages – anywhere, in fact, people live.
Two other mosquito-borne diseases that are present but much less common among travellers are lymphatic filariasis, a parasitic disease caused by thread-like worms, and Japanese encephalitis (JE). JE is thought to occur countrywide in Laos, with most human cases reported from June to September. However, JE is rare among travellers and vaccination is usually reserved for those spending an extended period in rural farming areas, those living in endemic areas, or those staying in locations where outbreaks are occurring.
BYO repellent and bed net
Effective insect repellents can be hard to obtain in Laos, so bring enough from home to last the duration of your stay. Some guesthouses and hotels don’t have mosquito nets either so, once again, if you plan to stay in budget accommodation, pack your own permethrin-impregnated net.
Beware other ‘bities’, too
Mozzie bites aren’t the only ones to be wary of. The rabies risk in Laos is rated ‘high’ although, as with Japanese encephalitis, vaccination is usually recommended for long-stay expats or those travelling in rural areas, especially if on bicycle tours, camping, or hiking etc. However we advise that you discuss rabies vaccination with your doctor, as at-risk bites are also reported in the first couple of weeks of travel.
Be prepared for traveller’s diarrhoea
The risk of traveller’s diarrhoea (TD) in Laos is rated ‘moderate’, which makes it important to follow the rules of personal hygiene – especially regular hand washing – and selecting the safer food and beverage options. TD often clears up without specific treatment, but it’s wise to keep oral rehydration fluids on hand to replace lost fluids and electrolytes. Travellers who pass three or more loose bowel motions in an eight-hour period accompanied by other symptoms of dysentery like fever, nausea, vomiting, abdominal cramps and blood in stools should consider taking a course of antibiotics. Ask about the appropriate medication and dosages during your pre-travel medical consultation. If diarrhoea persists despite therapy, see a doctor – the cause may be a parasitic infection. Learn more about traveller’s diarrhoea and how to avoid it.

Insect repellent – Apply repellent containing an active ingredient, such as DEET (30-50% formulations for adults, or up to 30% for young children aged from 6 months), Picaridin, or oil of lemon eucalyptus when outdoors. Read more on avoiding biting insects.
A treated bed net – Permethrin is an insecticide that is safe for humans, but kills insects that come into contact with material treated with it. You can buy a net that’s already treated or make up the solution and treat your net, clothing, hats etc.
Sunscreen – To ward off the tropical sun’s UV rays, take a 50+ sunscreen and apply it to all exposed skin as directed when outdoors.
First-aid kit – In case of an accident, it’s reassuring to know you have a travel first-aid kit containing syringes, needles, sutures etc. that local medical personnel can use, along with basic first-aid items you might need from day to day. The standard of medical facilities in Laos is extremely limited, particularly outside Vientiane (Australia’s embassy has a medical clinic for nationals). Travellers are advised to avoid surgical procedures, (including dental work) due to the danger of hepatitis, HIV/AIDS and other infections from unsterile dental and medical instruments.
Finally, read more on the importance of comprehensive travel insurance, areas to avoid, and local conditions on Smartraveller, the Australian Department of Foreign Affairs’ website for Australian travellers. Warnings are in place for travellers to Xaisomboun province due to attacks in recent years and the department also advises against travelling by road between Vang Vieng and Luang Prabang, and from Kasi to Phou Khoun and Muang Nan.
Australia’s embassy in Laos is located at KM4, Thadeua Road, Watnak Village, Sissatanek District, Vientiane. Telephone: +856-353800 Facsimile: +856 – 353801 E-mail: austemb.laos@dfat.gov.au Website: laos.embassy.gov.au
(In a consular emergency if you are unable to contact the Embassy you can contact the 24-hour Consular Emergency Centre on +61 2 6261 3305 or 1300 555 135 within Australia or +61 421 269 080 for SMS.)
For more expert, no-obligation advice on staying healthy on your next overseas trip, or to book your pre-travel medical consultation at a Travelvax Australia clinic, please call 1300 360 164 (toll-free for landlines). 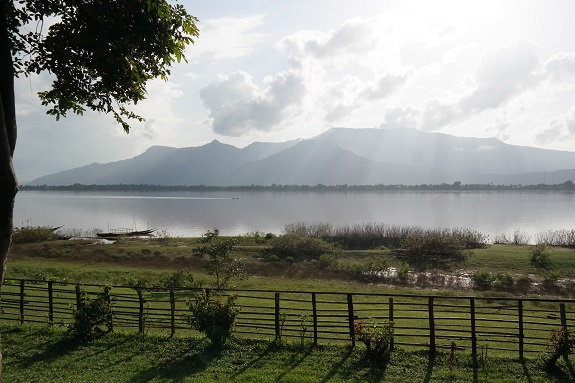