It’s a topic we have covered before, but all current evidence points to the fact that it is not going away anytime soon – Measles!

We’re in peak travel season right now and the highly contagious infection is being imported into Australia by travellers on a weekly basis. NSW has had seven cases in the last three weeks, at least some of which were introduced from South-East Asian countries. Health departments in Victoria, Western Australia and Queensland have all issued warnings recently after people who were infectious with measles spent time in the community before the diagnosis was confirmed.

Virtually all of these cases involve Australian travellers or foreign visitors infected overseas. Those at risk of developing measles in coming days and weeks not only include other passengers who shared flights with them, but the general public, and the staff and patients of hospital and medical facilities where they sought treatment.

Despite having been effectively wiped out in Australia through our national immunisation program, cases doggedly persist here due to international travel. In fact, cases are increasing each year. Australia has recorded 22 confirmed infections in the past two months, while the total for all of 2018 was 102.

Worldwide, last year was a particularly bad one for measles and to illustrate this here are some alarming statistics:

Outside the EU, India recorded over 65,000 cases, while Ukraine had more than 54,000 cases and 16 deaths last year and has already had over 2000 cases and one death so far this year. Madagascar reported over 17,000 infections up to the end of December while other significant measles outbreaks occurred in Algeria, Belarus, Brazil, Israel, Mauritius, Serbia and the US. Conservatively speaking, worldwide there were almost 75,000 more measles cases last year than in 2017 – 229,068 in total.

A fever, a runny nose, red and watery eyes, a cough, and an all-of-body rash – begin 7 to 21 days after exposure. But, measles is also contagious from around 4 days before the rash appears and for 4 days after.

Along with unvaccinated travellers, pregnant women, infants under 6 months, and anyone with a chronic illness or a weakened immune system are at highest risk of potentially severe complications: Around 1-in-10 children with measles will get middle ear infection, 1-in-20 pneumonia, while 1-in-1000 will get encephalitis, an inflammation of the brain. (Measles can also result in Subacute Sclerosing Panencephalitis, a rare but severe degenerative disease of the central nervous system disease that occurs 7-10 years after the initial measles infection.)

So how easy is it to catch measles?

As with influenza, it’s easy to get measles in any confined space, such as on a plane, train, bus or cruise ship. In fact, measles is so contagious that 9-in-every-10 people who aren't immune will get the disease if they are close to an infected person.

While measles is typically transmitted when the infected person sneezes or coughs fine virus-containing droplets into the air, they don’t have to be sneezing or coughing. It's possible to catch measles just by being in the same aircraft cabin or room.
Infection is still possible up to 2 hours after they’ve left.
Certainly, those passengers at highest risk are usually those seated within a two seats of an infected person. But, anyone walking by can breathe in virus-laden droplets and become infected, too.
And, just like flu, the measles virus can also live for up to 2 hours on hard surfaces like fold-down tables, arm rests and toilet fixtures. You can literally pick it up by touching the infected surface and then touch your mouth, nose, or eyes.

If you’re travelling overseas, there’s a very effective way to avoid this nasty holiday memento. Simply, confirm that you have had:
- Measles infection in the past, or
- Two documented doses of live-virus measles-containing vaccine, such as an MMR (measles, mumps, rubella), in the past.
Australian’s immunisation guidelines advise that people born during or since 1966 who have not received 2 doses of MMR vaccine should receive at least one dose before departure and a second on their return to complete the course.
If you are in any doubt about your vaccination status, have the MMR vaccine: It’s safe, effective, and the course provides long-term protection against all three diseases.
Protection against rubella is particularly important for women of child-bearing age as infection just before conception or during early pregnancy could result in miscarriage, foetal death, or congenital defects known as congenital rubella syndrome.

6 to 8 weeks is best for pre-travel consultation

Contrary to some misguided claims you might read, many studies have now proven that measles vaccine (MMR) does not cause autism. It can also be given to children and adults who are allergic to eggs.
If you’re travelling abroad this year, check your immunisation status for measles as well as other childhood diseases such as diphtheria, whooping cough, mumps, and chickenpox. And don’t forget about tetanus.
If required, these routine immunisations can be boosted at the same time as you receive any vaccines that are recommended or required for your trip.
Six to eight weeks before departure is the ideal time to have your pre-travel medical consultation to ensure you are fully protected against any vaccine-preventable diseases you may encounter while away – or on the flight home. 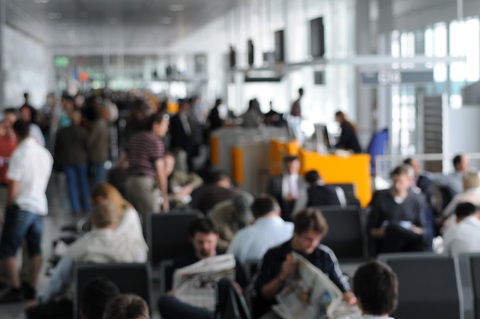