A news article published in the last couple of weeks has provided a reminder that we aren’t immune from many of the diseases that are prevalent in other regions of the world, even developed ones; not when we are such avid travellers. (In February this year, over 830,000 Australian residents took short term holidays overseas1.)

The report2 referred to a hepatitis E infection that a young boy contracted back in 2014 during a liver transplant. Testing showed that the hepatitis E virus (HEV) was passed on to the boy through blood that was transfused during the surgery – the first time this has occurred in Australia. The Red Cross routinely screens donated blood for a number of diseases (HIV; hepatitis B & C; human T-cell lymphotropic virus I and II; and syphilis3), but not HEV. It turns out that the blood was donated by a man who had become infected in southern France – by eating pork. For most people visiting France, the risk of contracting an infection from the food would be furthest from their minds (more likely a ‘crise de foie’, or liver crisis, which in most other languages would translate as ‘overindulging’)!

A 2011 study by Mansuy et al4 found that a staggering 52.5 percent of voluntary blood donors in the Midi-Pyrénées (south-western France) showed a long term response to HEV infection (elevated IgG levels). They concluded that the consumption of wild boar and deer (common sources of infection), often raw or undercooked, together with the leakage of pig manure used to fertilise crops into rivers and canals, had created a hyperendemic incidence in the region. Figatellu, a sausage prepared from raw pig liver is a common delicacy in this part of France. (By comparison, testing of Australian blood supplies found HEV infection in 1:14,799 samples2)

According to the World Health Organization, 44,000 people lost their lives due to complications of hepatitis E infection in 2015 and there were 20 million cases globally5. Like the hepatitis A virus, HEV is transmitted through the faecal-oral route, meaning by consuming contaminated food or water (more often through water). Infection may go undetected, with minimal symptoms – this is more likely to occur in young children. But of those that are apparent, signs and symptoms can include jaundice, loss of appetite, a tender liver, abdominal pain and tenderness, nausea, vomiting, fatigue and fever, which can last for up to 2 weeks. In most people, hepatitis E disappears without treatment and with no long-term effects. However, people with weakened immune systems, such as those with leukaemia and post-organ transplant patients, may develop a chronic form of the disease which can quickly lead to cirrhosis and permanent liver damage6.

One group is far more susceptible to severe illness and death from Hep E than any other – pregnant women. The E strain is fatal for between 15-30% of mothers-to-be in their third trimester. Tragically, even if the mother survives, it’s common for the foetus to die.
It’s not known why pregnant women are at higher risk of severe outcomes.
The high mortality rate is not seen in the other hepatitis viruses and at least one study7 has suggested that a fall in the number of protective T-cells that occurs during pregnancy may play a role, along with hormonal changes and other factors.

While there are highly effective vaccines for hepatitis A and hepatitis B, no vaccine is currently available for hepatitis E in Australia, although one was approved for use in China in 20118. The boy who received the HEV infected blood was treated with antiviral medications which removed all traces of the virus.

Our advice for all travellers, but particularly pregnant women:
– Don’t drink untreated water. If sealed, reputable bottled water isn’t available, treating tap water by boiling or chlorinating will kill both hepatitis A & E viruses.
– Choose safe food and beverages options. (While Hep E is usually transmitted in via drinking water, food-borne transmission may occur from raw shellfish, and uncooked or undercooked meat - in particular pork - from infected animals.)
– Observe strict personal hygiene. Hand washing after using the toilet and before eating.

Call us to make an appointment for a one-stop pre-travel medical consultation with a team of medical professionals experienced in travel medicine at your nearest clinic. We provide advice, vaccines and medications for your particular itinerary, dependent on the season of travel, length of stay and type of activities undertaken. Travelvax Australia’s free travel health advisory service can be reached on 1300 360 164. 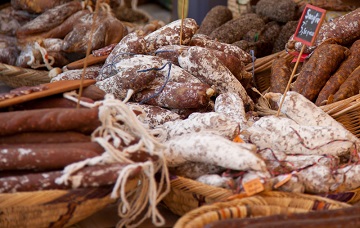