Flu – seasonal vaccines, available at a centre near you

Influenza viruses, those which cause an infection of the respiratory tract, are classified into 3 types: A, B, and C, however it’s only A and B that usually cause illness in humans.

Influenza or ‘the flu’ is the most common vaccine-preventable illness in travellers and it makes sense as to why this would be: Mass transport – the gathering of large groups of people in terminals, aircraft, trains and buses where onward transmission to susceptible people (i.e. the unvaccinated) is easy when an infected person coughs or sneezes virus-laden droplets. When it comes to sneezes, it has been reported that one sneeze can contain up to 40,000 droplets which are expelled at over 300kph, making it very hard to avoid infection!

The circulation of influenza viruses varies by region and your risk of exposure during travel is dependent on the time of the year you’re travelling and where you’re heading. In temperate areas - October to May in the Northern Hemisphere and in the Southern Hemisphere from April through to September - influenza viruses circulate at higher levels during colder winter months. While in many tropical or subtropical regions, influenza can occur throughout the year.

BETTER PROTECTION FOR THE MOST SUSCEPTIBLE

The 2019 seasonal flu vaccines are now available at a Travelvax centre near you. Quadrivalent flu vaccines provide protection against 4 different influenza viruses (2 influenza subtype A and 2 influenza type B strains). For people aged 65 years and older there are 2 new enhanced trivalent, or 3-strain, vaccines available privately or under the National Immunisation Program. When offered through the NIP, the vaccine is free to those most vulnerable to severe illness from flu – infants over 6 months of age, pregnant women, people aged over 65, and anyone with a chronic medical condition.

It’s from among these groups that we see the majority of the 1500 - 3500 Australians on average who die each year from flu-related illnesses like pneumonia, and the 300,000 more who get so sick that they need to see their doctor. (Your doctor can advise if you are eligible for a free flu shot but if not, you can get a prescription to purchase the quadrivalent formulation)

Seasonal flu is so unpredictable that even the experts don’t know which strains will eventually come to the fore, which makes deciding on the vaccine formulation 6 months in advance (so it can be manufactured in time) such a challenge. In 2017 there were nearly 250,000 cases of laboratory diagnosed influenza cases, considered to be just the ‘tip of the iceberg’. This in comparison to 2018 where there were a total of 58,570 laboratory-confirmed notifications of influenza countrywide, which was almost one-quarter fewer than during the 2017.

FOR TRAVELLERS, FLU IS HARD TO ESCAPE

Here are 6 reasons why you should include a flu shot in your pre-travel immunisations:
1 – Flu is a truly global disease: it occurs seasonally in developed or developing countries, but circulates year-round in tropical regions of the world.

3 – Aircraft present a unique risk for flu because the low humidity in the cabin is very effective in spreading flu. Virus-containing particles can remain alive for up to 24 hours on hard surfaces, especially in high-traffic areas like toilets. On porous surfaces such as tissues the virus can only survive for a much shorter time (15 minutes to an hour).

4 – When you are sitting for long periods in a low humidity atmosphere the mucous membranes in our nose or mouth dry out, which also increases the likelihood of acquiring respiratory infections like flu.

5 – A fellow traveller doesn’t have to have obvious signs of illness to be extremely contagious. The flu can be infectious for at least a day before symptoms begin and for up to a week after, at which time some infected travellers might appear to be well.

6 – Someone in the early, mid or late stages of a flu infection can transfer virus particles from their hands to surfaces others will touch – anything from fold-down trays, arm rests or the fixtures in toilets. (Studies have shown people touch their face up to 23 times an hour and around half of those contacts involve touching the nose or mouth, where the virus enters the body.)

FLU SHOT IS CHEAP ‘INSURANCE’ – HOME OR AWAY

Flu has a short incubation period of 1-4 days. Getting infected early on in your journey could impact your holiday for at least a few days, forcing you to miss a planned activity or even preventing you from boarding a flight.
Finally, if you need treatment for severe flu overseas, seeing a doctor can be costly.
Don’t believe the myth that having the vaccine can give you flu. It can’t, although a small percentage of people have a mild immune response to the vaccine.
And, unfortunately, a flu shot won’t prevent you getting a cold or any of the (generally milder) respiratory illnesses that circulate during winter.
But, it is effective against flu.
Think of your seasonal flu vaccination as a form of cheap annual ‘insurance’ that covers you at home or away.

GET THE TIMING RIGHT

It is never too late to be vaccinated against the flu, however pregnant women & residents of northern Australia, should receive the vaccine as soon as it is available. For the elderly and residents of nursing homes, the duration of protection may be shorter, perhaps only for 4 to 6 months, hence they should not be vaccinated too early. With peak flu season usually occurring in August, the recommended time to vaccinate is from mid-April/May 2019.

Got a question about flu or other vaccinations for an upcoming overseas trip? Call Travelvax Australia’s telephone advisory service on 1300 360 164 (toll-free from landlines) for no-obligation, country-specific advice. You can also make an appointment at your nearest Travelvax clinic to obtain vaccinations, medication to prevent or treat illness, and accessories for your journey. 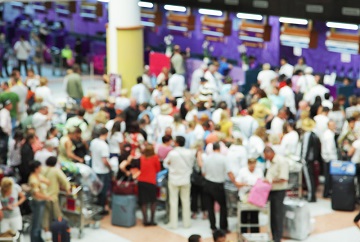