Booming low-cost air travel is helping to fuel outbreaks of dengue fever across Southeast Asian countries, according to an expert in the mosquito-borne disease.
The combination of no-frills Asian carriers and low oil prices have made cheap flights the norm between the 10 Association of Southeast Asian Nations (ASEAN) countries – Indonesia, Malaysia, the Philippines, Singapore, Thailand, Brunei, Cambodia, Laos, Myanmar (Burma), and Vietnam.
In addition, ASEAN’s Open Sky Policy – which allows unrestricted air travel by local airlines within the region – has made travel even more accessible for both Asian and international travellers.
“The increase in the number of budget airlines in the region has been dramatic in the last 10 to 15 years,” said Professor Tikki Pang, of the National University of Singapore.
“This is obviously helping dengue to move around the region: There is more movement of infected people. Flight distances in this part of the world are fairly short, so people can get on a plane for an hour or two even if they have dengue fever.”

Aussie travellers need to be on guard

Australian travellers visiting South-East Asia and other tropical regions can’t afford to be complacent about the risk from disease-carrying mosquitoes, said Dr Eddy Bajrovic, Medical Director of Travelvax Australia. Besides the dengue virus, chikungunya, malaria, Japanese encephalitis, and now Zika, may also be circulating.
But, dengue is by far the most common insect-borne disease in the tropics. Dengue rates have increased dramatically in recent decades – particularly in tropical Asia, Latin America, Africa, and the Pacific – with an estimated 390 million cases occurring annually and around 40% of the world's population at risk.
Dr Bajrovic warned that Australia may well be on track for another big year of imported dengue cases.
“Already this year there’s been 1235 cases compared with 1157 in the first 6 months of 2015,” he said.
“The majority of local travellers who bring home dengue were infected in Indonesia, Thailand and other popular Asian destinations.”

The dengue, Zika and chikungunya viruses are all transmitted by two species of Aedes mosquitoes, Aedes aegypti and Aedes albopictus. Both are aggressive day-time feeders that breed and bite in urban areas to be close to people, their favourite source of the blood meal the females need to lay eggs.
Minimise mosquito bites and you reduce the risk of infection. So…
– When outdoors, apply an insect repellent containing an effective ingredient such as DEET (30-50% formulations for adults, or 10-20% formulations for young children and infants as young as 2 months of age), Picaridin, IR3535, or preparations containing extract of lemon eucalyptus oil. Around dawn and dusk, when Aedes mosquitoes are most active, is the critical time to apply repellent.
– At these peak feeding times, move inside behind screened windows and doors. If that’s not possible, wear loose, long-sleeved shirts and long pants outdoors.
– Get rid of any standing water around your accommodation, including pot plant bases and other containers that collect water.
– If you are using sunscreen, apply it first BEFORE your insect repellent.
– If you’re likely to be consistently exposed to insect bites, soak your clothing and bed net (if your room is not screened) with permethrin. This contact insecticide repels mosquitoes and other insects, and also kills them when they come in contact with the treated material. (Permethrin shouldn’t be applied directly to your skin. Read more about permethrin and how to protect yourself against insect bites.)
The fewer times you get bitten, the lower the risk of infection.
Don’t get bitten and there’s absolutely no chance at all.
Did you know you can get no-obligation, country-specific advice on insect-borne diseases and other potential health risks of your next overseas destination by calling Travelvax Australia’s travel health advisory service on 1300 360 164 (free to landlines)? 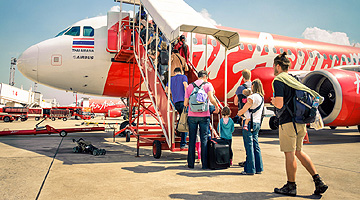